On 16 May 2022, after the COVID-19 pandemic has weakened and 2.5 years after the last meeting at the Võru Kreutzwaldi School in the Republic of Estonia, we met all together again in the Nordplus project “Dialects and Old Folk Crafts” at Pastendė Basic School of the Republic of Latvia and renewed the activities. First of all, the guests from Estonia and Lithuania were friendly welcomed by Pastende Basic School’s students and teachers team and the headmaster Lelde Hodjačika. The project activities started in the school assembly hall with the anthem of the unity of the three Baltic nations "The Baltics Are Awaking". Finally, each team briefly introduced their school and themselves. We ended the day with an introductory evening where we all sang and danced to animated karaoke and played games.

On the second day of the Nordplus project "Dialects and Old Folk Crafts", after a delicious breakfast, we were all involved to attractive activities in the art studio "Kurši". The students were divided into three groups, according to old Latvian traditions, weaving national braids, making dolls from threads and also making wooden handicrafts. In the afternoon we got acquainted with the town of Pastende using the interactive tasks of the QR code. We ended the cold spring day with a sports competition.

On the third day of the project "Dialects and Old Folk Crafts" we headed to Kolka cape, an exclusive place on the coast of the Baltic Sea in Latvia where the two seas meet – The Big Baltic Sea and The Small one also called The Riga Bay. The participants of the project were split into two groups right after arriving to Kolka town. The first group - in the Livonian community at home - performed various tasks related to the Liv language, customs, and culture.
The second group produced the traditional Liv dish Sklandarauši made from rye dough with potato and carrot filling. While the cake was baking in the oven, the participants of the project walked along the pine trail on the Cape of Kolka. We tried out the wonderfully tasting cake sipping some delicious mint tea. On the way back to Pastende we stopped at the Kolka Cape Observation Tower. Finally, after a delicious dinner we got to know the city of Talsi, sat on a playing bench and took a walk around the old town.
Next day the participants of the NordPlus project “Dialects and Old Folk Crafts” visited the medieval town of Kuldiga. At first we admired the waterfall on the Venta River, which is called the widest waterfall in Europe and the pride of Kuldiga - an ancient arch bridge over the Venta. Later the participants of the project were divided into two groups: the first group travelled by train around an amazing old town, admired the churches of exceptional beauty, the red tiled roofs, the original decorations of the antique doors and wooden windows; the second group simultaneously visited the Kuldiga Regional Museum, located in the Bangertai Villa where got acquainted with the life of the rich inhabitants of the city, learned about the origins and historical development of ancient Kuldiga, observed the old exhibits of the museum. After that, the groups met to divide into even smaller groups and travel through the streets of Kuldiga Old Town, searching for and getting acquainted with the historical objects according to the plan of the organizers.
On last day in the evening, at the Mežvidi guest house, the participants of the project “Dialects and Old Folk Crafts” discussed the interesting and meaningful activities they had experienced, and shared insights about the future plans of the last stage in Lithuania. All project participants received project participant certificates. 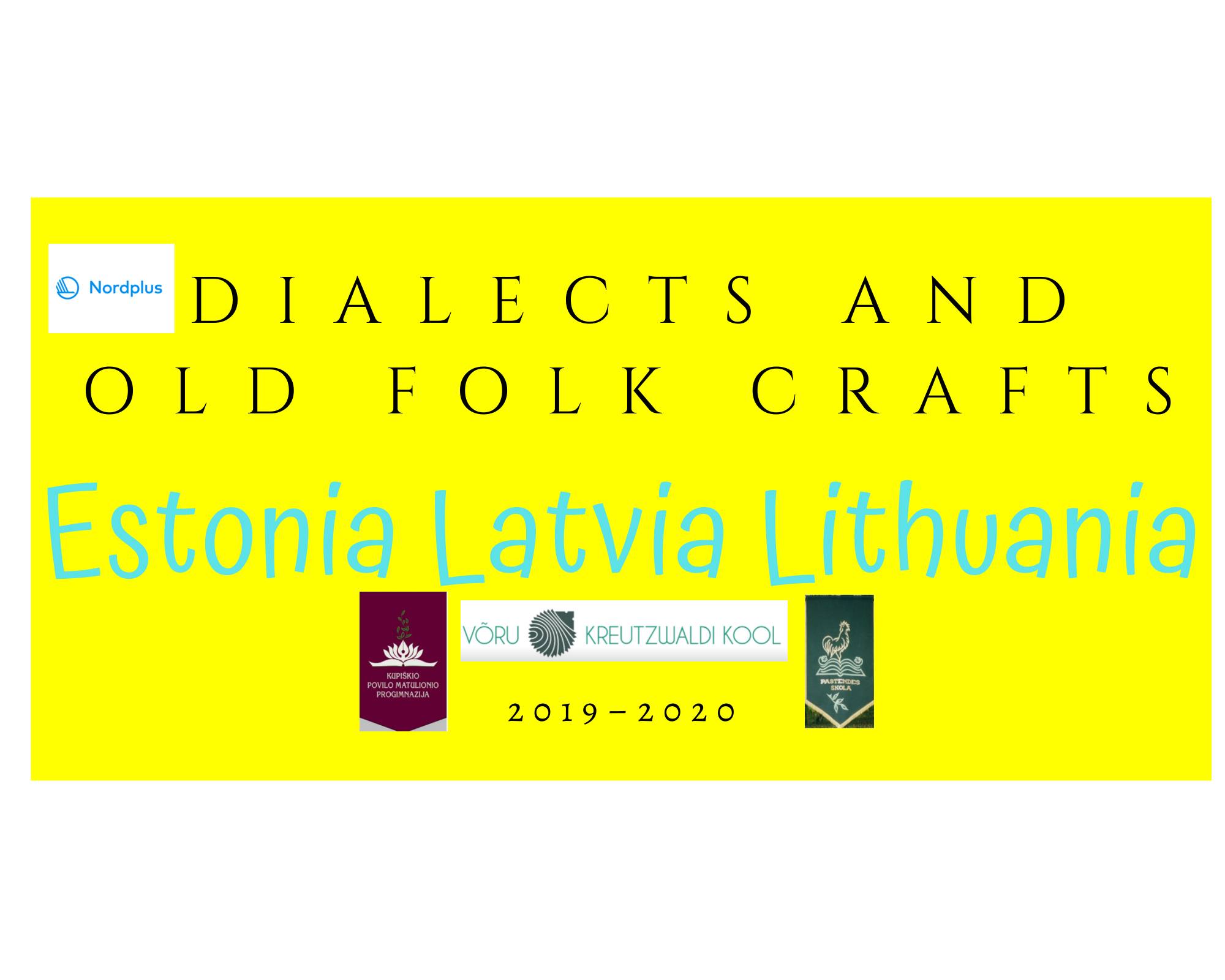